Broadcasting from his home station of KRLA in Los Angeles, the Dennis Prager Show is heard across the country. Everything in life – from politics to religion to relationships – is grist for Dennis’ mill. If it's interesting, if it affects your life, then Dennis will be talking about it – with passion, humor, insight and wisdom. Listen to Dennis and listen to your life change – for the better.

Will Witt and Amala Ekpunobi guest host for Dennis.

The End of Beauty and Excellence

Dennis responds to the phenomenon of orchestras and opera companies focusing on racial equity. 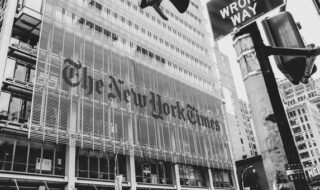 In my last column, I published comments written by New York Times subscribers about how proud they were of their children for deciding not to have children of their own. Though they acknowledged how much they ached to be grandparents, they nevertheless reveled in the fact that this would never happen.

Why did these parents take so much pr...

“An amazingly gifted man and moralist whose mission in life has been crystallized – ‘to get people obsessed with what is right and wrong.’”

“One of America’s five best speakers.”

“One of the ten most powerful people in Los Angeles. . . a moral compass.”

Dennis Prager is one of America’s most respected radio talk show hosts. He has been broadcasting on radio in Los Angeles since 1982. His popular show became nationally syndicated in 1999 and airs live, Monday through Friday, 9:00 AM to Noon (Pacific Time) from his home station, KRLA. Widely sought after by television shows for his opinions, he’s appeared on Fox and Friends, Red Eye, Hardball, Hannity, CBS Evening News, The Today Show and many others.

2012: Still the Best Hope: Why the World Needs American Values to Triumph (Harper-Collins). This was a NY Times Best Seller.

1998: Happiness Is a Serious Problem (HarperCollins). A perennial best seller, the book is the basis of Dennis’s “Happiness Hour,” every Friday on his radio show.

1986: The Nine Questions People Ask about Judaism (Simon and Schuster). Co-authorerd with Joseph Telushkin  it has been translated into a dozen languages, and is the most widely used introduction to Judaism in the world. It is still a best-seller in paperback over 25 years after its release.

Dennis has engaged in interfaith dialogue with Catholics at the Vatican, Muslims in the Persian Gulf, Hindus in India, and Protestants at Christian seminaries throughout America. For ten years, he conducted a weekly interfaith dialogue on radio with representatives of virtually every religion in the world. New York’s Jewish Week described Dennis Prager as “one of the three most interesting minds in American Jewish Life.”

Since 1992 to 2006 he taught the Hebrew Bible verse-by- verse at American Jewish University. All the lectures are available on CD and digital download.

Dennis writes a syndicated column (Creators Syndicate) that is published in newspapers across the country and on the Internet. His writings have also appeared in major national and international publications including, Commentary, The Weekly Standard and The Wall Street Journal.

Mr. Prager was a Fellow at Columbia University’s School of International Affairs, where he did graduate work at the Middle East and Russian Institutes. He has taught Russian and Jewish history at Brooklyn College; and was appointed by President Ronald Reagan to the U.S. Delegation to the Vienna Review Conference on the Helsinki Accords. He holds an honorary doctorate of law from Pepperdine University.

Mr. Prager has lectured on all seven continents, in 45 U.S. states and in nine of Canada’s 10 provinces. He has lectured in Russian in Russia, and in Hebrew in Israel.

In 2002 Dennis produced the documentary Israel in a Time of Terror, a compelling look at how the average Israeli deals with the daily threat of terror. It has been shown at colleges, universities, churches and synagogues across the country. Dennis has also written and produced three best-selling comedy videos on values. For Goodness Sake, directed by David Zucker (Naked Gun), For Goodness Sake II directed by Trey Parker (South Park).

Dennis periodically conducts orchestras, and has introduced hundreds of thousands of people to classical music.

In 2011, Dennis co-founded with Allen Estrin, Prager University, an institution of higher learning on the Internet with a unique difference – all the courses are five minutes long. The courses distill the best ideas of the best minds in the world and cover the disciplines of Political Science, History, Philosophy/Religion, Economics and Psychology. The faculty includes Paul Johnson, George Gilder, Arthur Brooks, Peter Kreeft and many others.